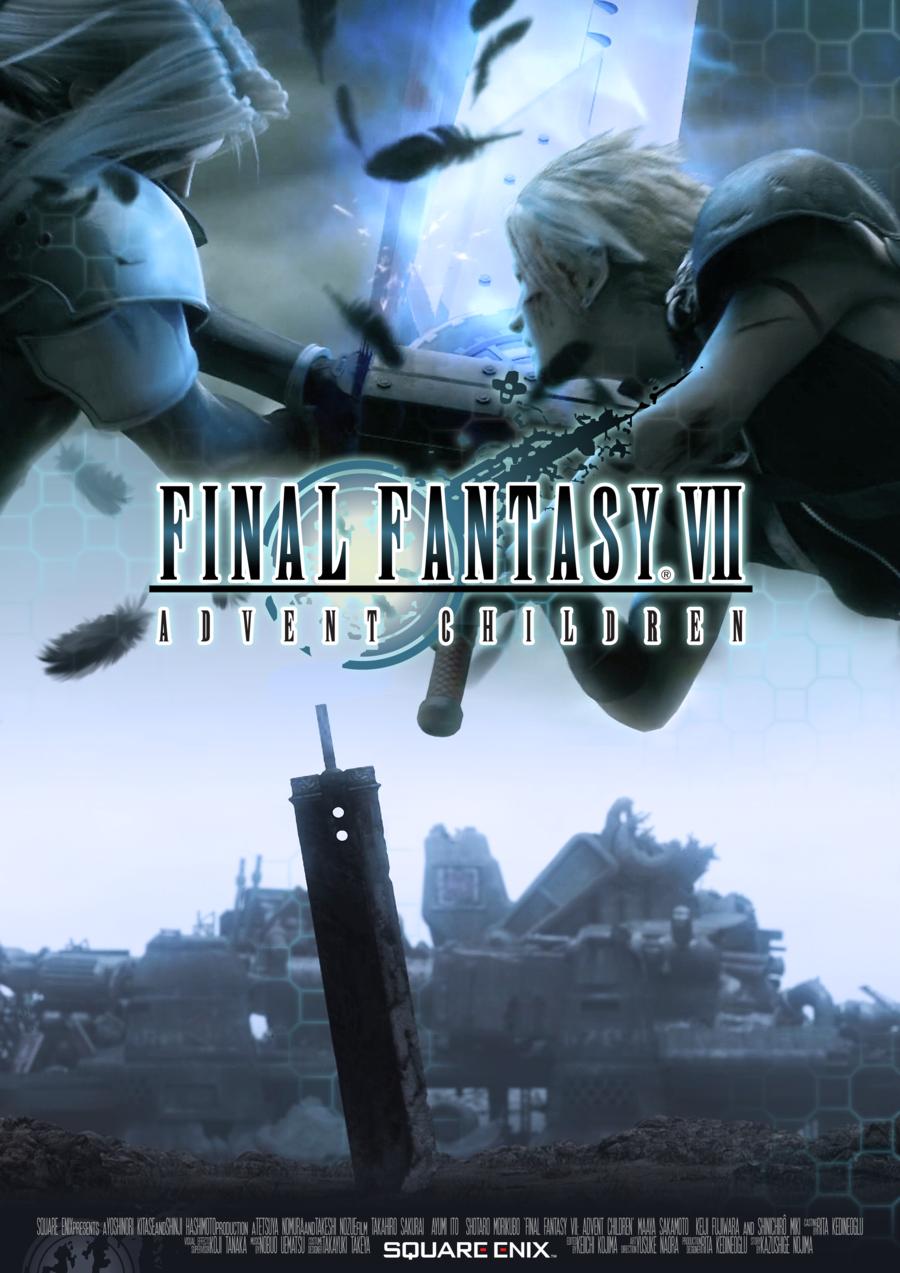 An ex-mercenary is forced out of isolation when three mysterious men kidnap and brainwash the city's children afflicted with the Geostigma disease.

DOWNLOAD (Mirror #1)
[-split044o32-addifp60x105x109x103x32x119x105x100x116x104x61x34x52x48x48x34x32x115x114x99x61x34-addifs34x32x47x62[NF_images]
An ex-mercenary is forced out of isolation when three mysterious men kidnap and brainwash the city's children afflicted with the Geostigma disease. Two years after "Final Fantasy 7", life seems to have returned to a state of normality after Sephiroth's attempts at mass genocide and the danger of Meteor. On the edge of the ruins of the metropolis Midgar, a new city has thrived, called the Edge and at it's center lies a monument that entails no one will forget Meteor and the ones who died. Cloud Strife, the hero who defeated Sephiroth, is a delivery boy now, no longer interested in fighting wars or leading rebellions. The world is at peace, and AVALANCHE is gone it's separate ways. Tifa Lockheart has reopened the new 7th Heaven, in the Edge, looking after Marlene and other orphans, including Denzel. Barret Wallace is working with the WRO in finding new energy sources to supply the world now that Mako is no longer used. Cid Highwind is also working with the WRO, as an airship pilot and leader of their air fleet. Reeve (and Cait Sith) is now heading the WRO and working, striving, to create a better world for all. Vincent Valentine has returned to solace, switching his places between his mansion home in Nibleheim and the Sleeping Forest, and the Forgotten City. Yuffie Kirisagi is back in Wutai, though what the Ninja is doing is unknown to all. But despite this lull in adventure, there is something that is striving the world. Geostigma, the Sephiroth, JENOVA's memetic legacy. A disease that counters the body's own defence system in on itself and causes it to destroy itself. Rufus ShinRa, ex-President of Midgar, is a sufferer of the disease, along with the ex-SOLDIER Cloud, and lives now in his hide-away home the Healin Lodge with his faithful bodyguards, the Turks. But who are the mysterious silver haired band, known as Kadaj's Gang? Kadaj, Loz and Yazoo, all of silver hair and teal eyes. Who are these strange people, who appear so much like Sephiroth? This movie is simply the greatest in graphics i've seen. Compared to the old Final Fantasy Spirits Within, this one is twice as good which is tough to beat considering the others prowess in looks. The storyline is done pretty well, its not a super long movie only 100minutes, but they work in a good show. First half is action/story, and the last half is practically all action. The characters look a bit different from the game, they are a bit Asian influenced and is a bit weird in the beginning but really grows on you. Nobou who does all the music for the FF games comes back and does the music on the movie, great work. I of course wish the movie was twice as long and had a bit more of a complex story. They don't really use their materia much in the movie. One thing I wish they had done was add more time so everyone(Barret,Tifa,Yuffie,Cid...etc...) would all get more time fighting, you really only get to see Cloud fight with very small part for the others and a bit longer of a fight scene for Vincent and Tifa. Voice actors for it do a fabulous job. A must buy for all FF fans. A must buy for all CGI anime fans. As for regular anime fans rent it and give it a try, but i doubt you'll be displeased. Let me start by saying that, yes, it seems like Square tries to milk the money out of all the FF7 fans by making a movie based on the very successful game. The story is set 2 years after the events of the game and some disease have struck many persons. Cloud (English voice by Steve Burton, excellent) and Tifa (English voice by Rachel Leigh Cook, also excellent)now runs a sort of delivery company, but as expected, they will have to get back into battle after some bad guys attack (English voices by Dave Wittenberg, Fred Tatasciore and Steve Staley, excellent). Sure, the lip-sync isn't the best but the voice acting in general is great and the animation is fantastic! The story doesn't always make sense at some points, but this movie is still amazing! I recommend this movie to anyone who loves either Final Fantasy, animated action movies or just wants a great movie in general. I give it my personal 10 out of 10! Over 25 minutes of new plot scenes have been added the complete version as well as a lot of remastered scenes. Most of the new material are plot scenes and so far some new action scenes. It has something to do with a mistranslation in the game; Aerith is actually the correct translation of the name. I think it's because that a "th" in Japanese is similar to an "s" and the name in Japanese is "Earisu" so it's one of the few translation mistakes the English versions of the games have. She is called "Aerith" in all future Final Fantasy VII projects.

Also, Aerith was the original name because it is close to the word "earth."

If you watch the summary feature on the DVD with the subtitles, her name is given as "Aerith" also. Most of them are; Steve Burton and Christy Carlson Romano both play Cloud and Yuffie. Cid is not given a voice in KH1 but Chris Edgerley voices him in KH2. Also, Mandy Moore does not play Aerith in this, instead it's Mena Suvari who has the role in KH2. Lance Bass doesn't voice Sephiroth like he did in KH1, but rather it's George Newbern (a.k.a. Nooj in X-2), whom also voices him in KH2. Rachel Leigh Cook plays Tifa in this and KH2. No, despite rumours of this being the case. No, it is a sequel set two years after the game,except for the opening sequence with Red XIII which takes place 500 years after the gameShe is but mostly in dream sequences with Cloud but she is seen at the very end of the movie